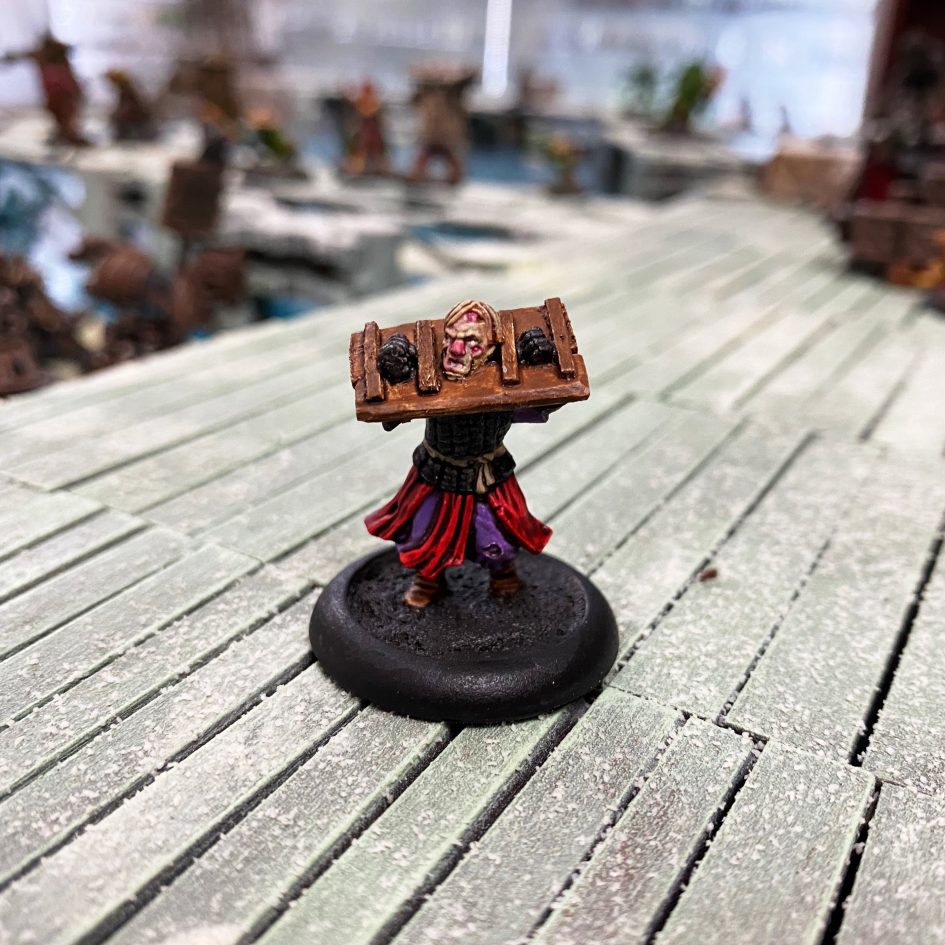 Certainly the destruction of Frostbrine attracted all sorts of loonies who came to predict the end of the world and saw the city’s demise and “proof!”

For centuries these folks would arrive to “spread the word” for a few months, and return home with a handful “of the holy frost” and memories of the endless winter.

With the “Great Thaw” upon us the barmy zealots have once again returned to Frostbrine to preach the end of the world. Today, they’re more insane, worshipping cursed gods, babbling rats and other unholy monstrosities.

While I really wanted a Mordheim Flagellant “Blocks” figure, I just couldn’t justify the high cost of them now that they’re out of print.

So, I gathered up my Frostgrave Soldier and Cultist box sets, and found some suitable arms, heads and bodies to make my own. I just used a handy popsicle stick for the block, which was carved with an exacto knife.