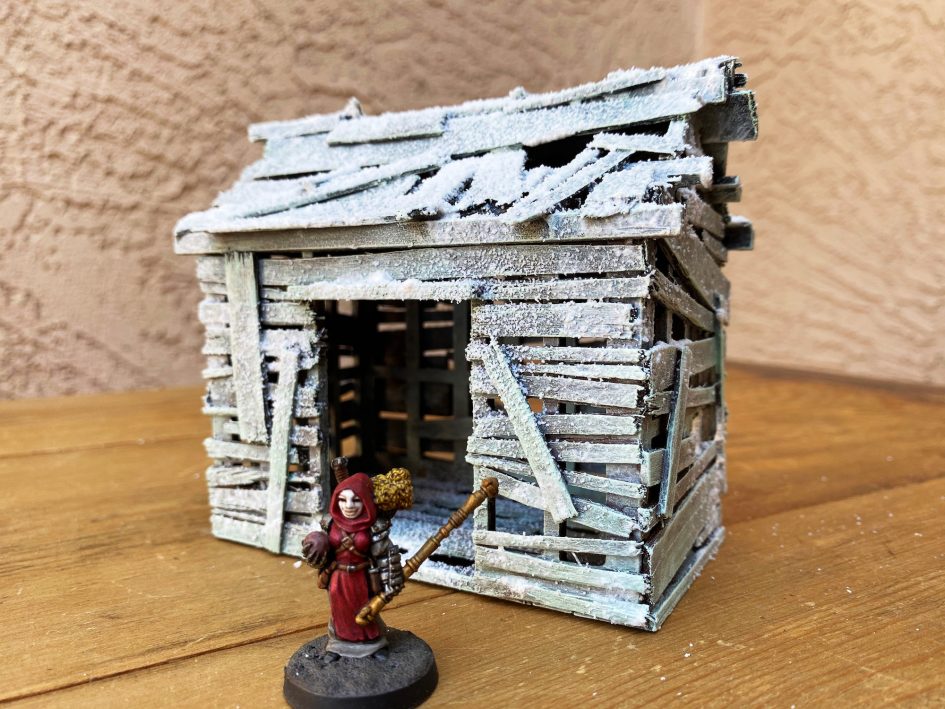 In Frostbrine, mercenaries know that the next job is just another day or two away. Sorcerers from the Cities beyond arrive to “the Brine” all the time, looking for fame, fortune, and some undiscovered incantation.

Sellsword Shacks are where mercenaries eat, sleep, and wait for the next job. It’s just too expensive to stay at an in in Frostbrine unless you’re rolling in coin; most swords-for-hire simply aren’t.

While ruins are found throughout the Brine, they’re not always where you want them to be. Stone structures (like temples) are rather difficult to get into, while others are plagued by undead and other monstrous menaces. A shack can be put together in just a day or two, where you’re more likely to be seen and discovered by your next employer.

Weather in Frostbrine is another matter; a storm can roll over the city in mere moments, and being on the sea it is much more volatile than just about anywhere else. It might be mild one moment, and then a sideways blizzard the next. Makeshift buildings like these simply help keep folks alive.

Shacks are erected from scavenged wood; scraps found from the hulk of a smashed ship to pieces of a wagon once heavily laden with supplies. It doesn’t really matter where the wood comes from, simply that you don’t burn it when things get chilly.

I sort of cheated when I made this shack; I lasered out the frame, which isn’t too different than any other barn or house, and assembled that. Once the glue dried, I tore up popsicle sticks and glued them on in a haphazard way, with inspiration from dust bowl buildings.

I then spray painted it brown, and then dry brushed it with mint green craft paint. Then I did my ice slush application, followed by flake snow and lots and lots of matte spray.

I intend to make several more, as tiny buildings like these are really nice to utilize and don’t take up a lot of table-space.