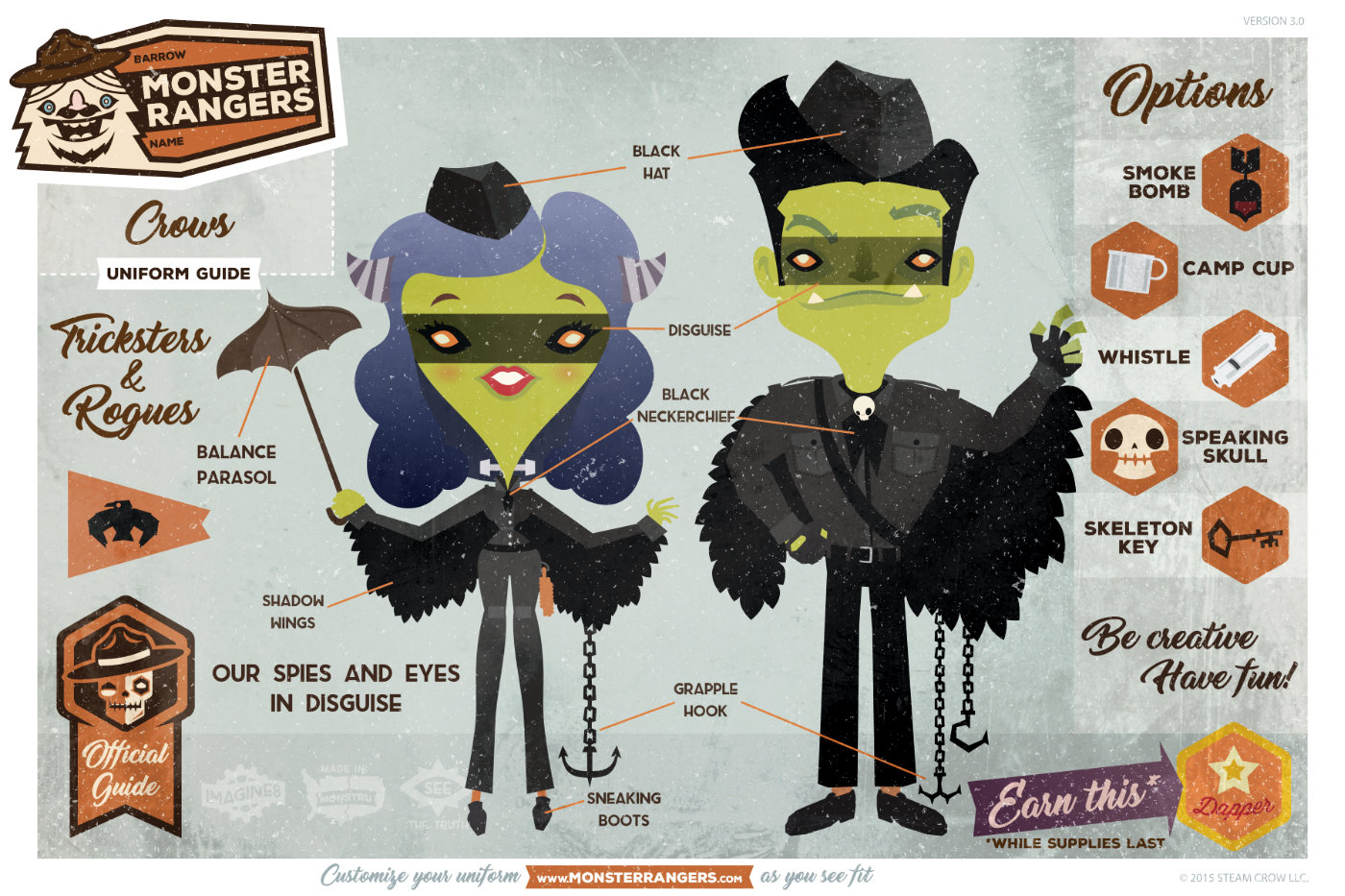 The Crows were the first Ranger Branch, named after the Crows that were on the Black Acre Farm. Crows are known to be guides between Monstru and Obscuria, and are mystical creatures. In fact, Baron Davis called all of the first Rangers “Crows”.

Crows (the Branch) have evolved over time to be the Tricksters of the Monster Rangers. They are sneaky, have a great sense of humor, and love doing practical jokes. Their role in the Rangers is one of an actual scout; they can hide and sneak around like no other; their realm is stealth.

It’s unknown if the Crows make any sort of resource at this time.

The Crows are lead by Daniel & Dawna Davis, current leaders of the Monster Rangers. (So we can keep a good eye on them.)