FrostBrine is my homebrew setting for the fantastic skirmish game, Frostgrave. We’ll be talking about gaming terrain (mostly), miniatures (some), and maybe even some homebrew rules. (A little.)

Fallow, (aka “Frostbrine”) was once a prospering mega-city, started modestly from a tiny island trading-port that quickly became the commercial center of all wealth and magic of the known world.

The city quickly expanded from timber risers to stone foundations in the shallow sea, holding up all manner of buildings, temples, and statues to now lost gods. Millions of folk called the canal city home, as much drawn to the wealth as the vices that were allowed there.

It was said to be a dazzling place of staggering prosperity and beauty.

Over centuries, the canals stretched as far as the eye could see, supporting temples, coliseums, and trade houses, with wizards bargaining with unscrupulous merchants, devious pirates and mad cultists within.

Strange fish-folk (Gog-rilir) were discovered living below Frostbrine, and it was learned that city’s foundations were build directly upon the temples of their slumbering fish god. It wasn’t long before the folk from above the sea were looting the wealth and magic of those who lived below it. (And vice-versa.)

After many centuries of exuberance, a terrible catastrophe occurred, though no one is certain if it was a mad sorcerer or the fish god himself that brought about the cataclysm; the city was corrupted by a colossal blizzard that froze the city that lasted more than a thousand years.

While some managed to escape, most of the wealth, magic, and populous was frozen in a grave of ice and frost, locked into a frozen wasteland. Sad to say, it was nearly forgotten.

After a millennia, the city began to thaw and scholars and mages began to explore the city hoping to bring back riches and lost magics with the help of their dubious hirelings.

Soon, other treasure-hunters, charlatans, outfitters and barkeeps moved back to the city to serve all that adventure there. 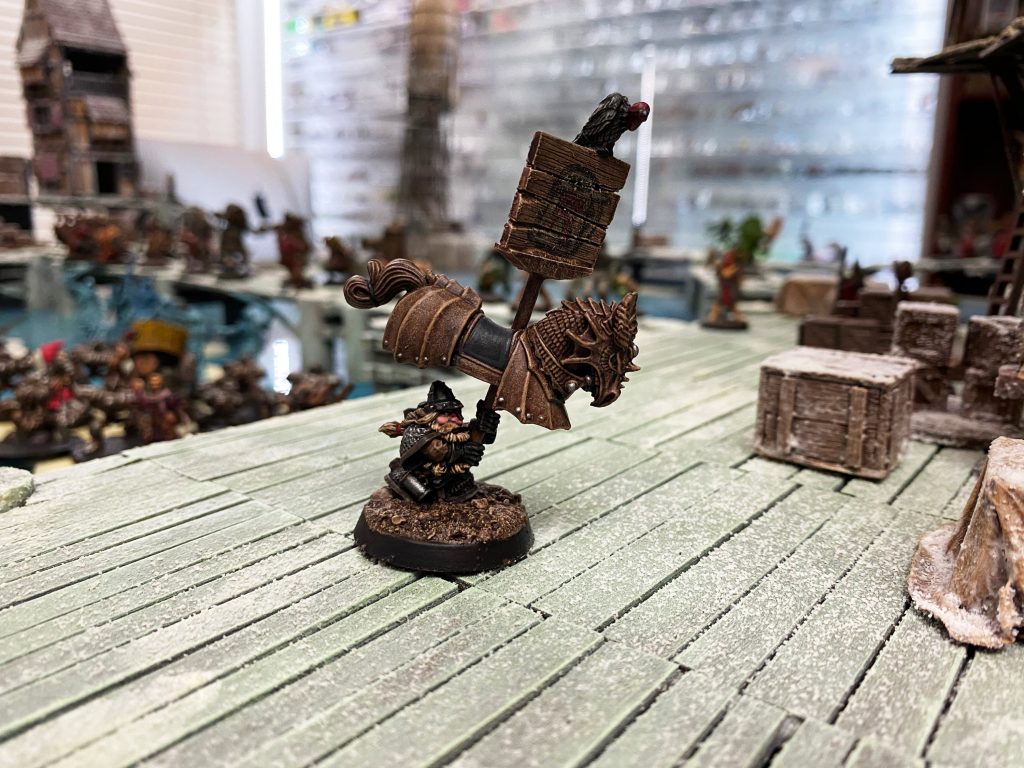 Lost Unicorn Sign Strider
The Lost Unicorn Pub, a fixture in the 1st District of Frostbrine, is popular for exactly one reason; the owner 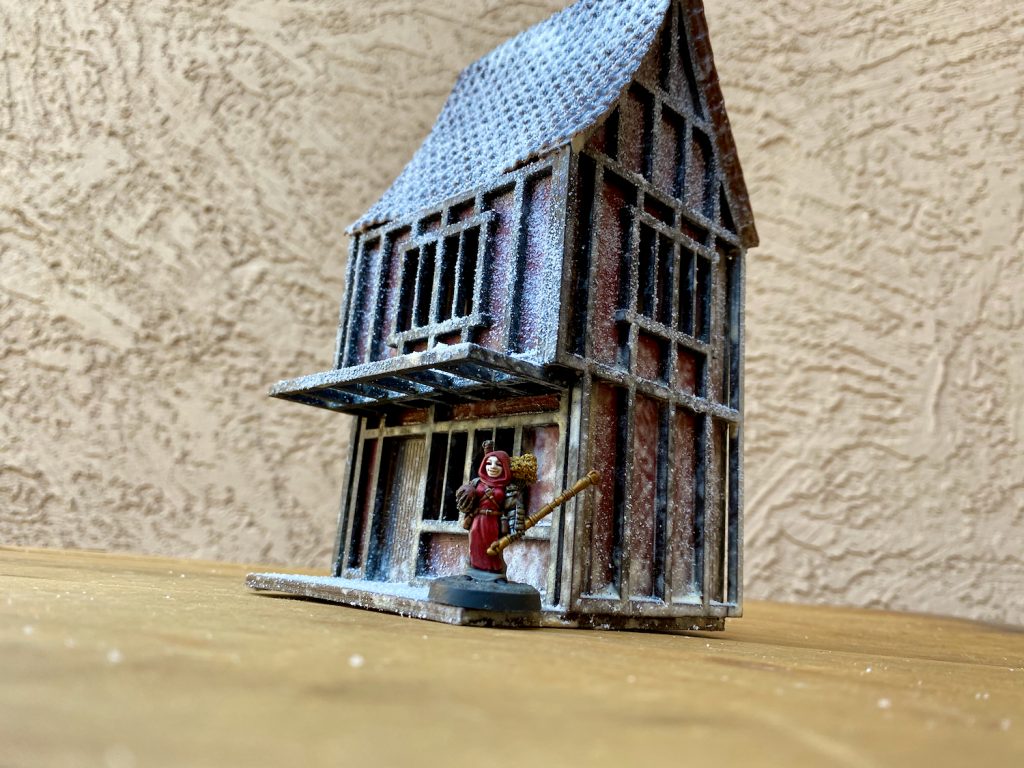 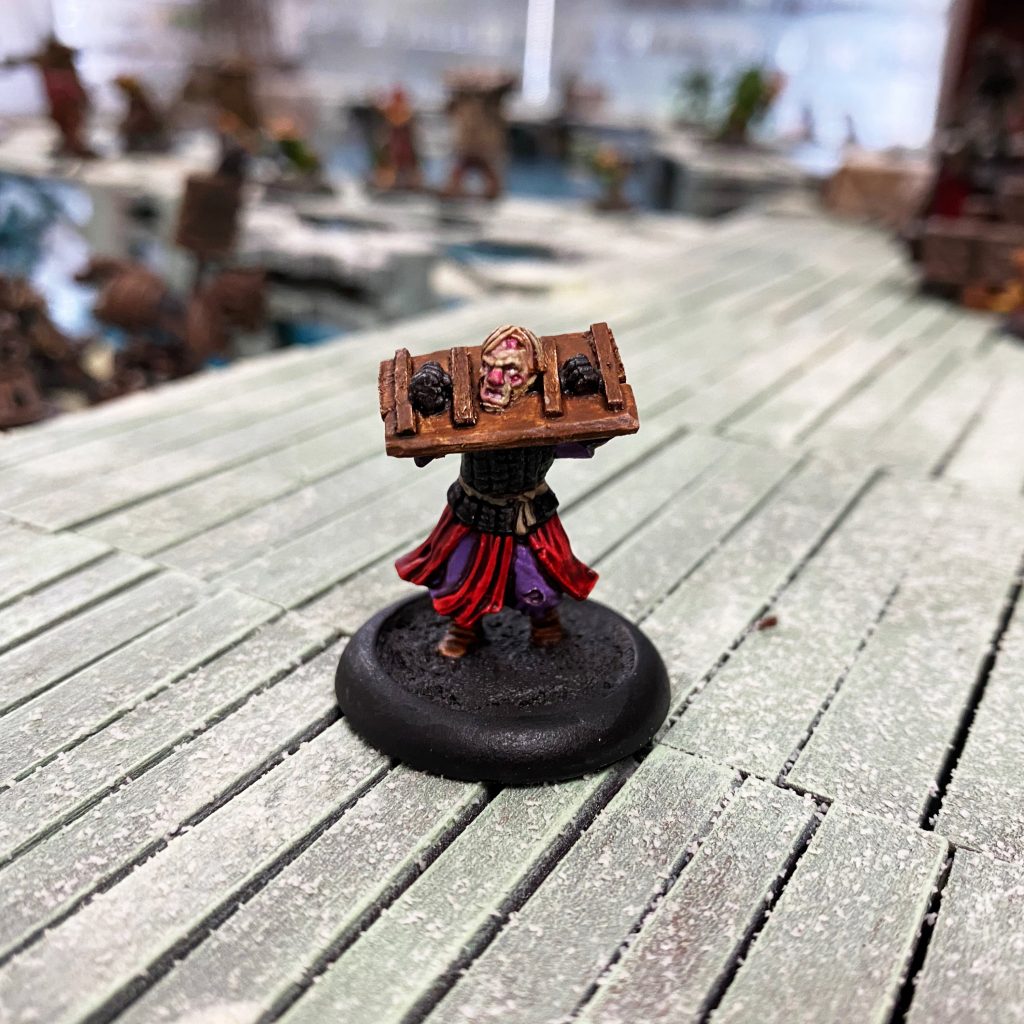 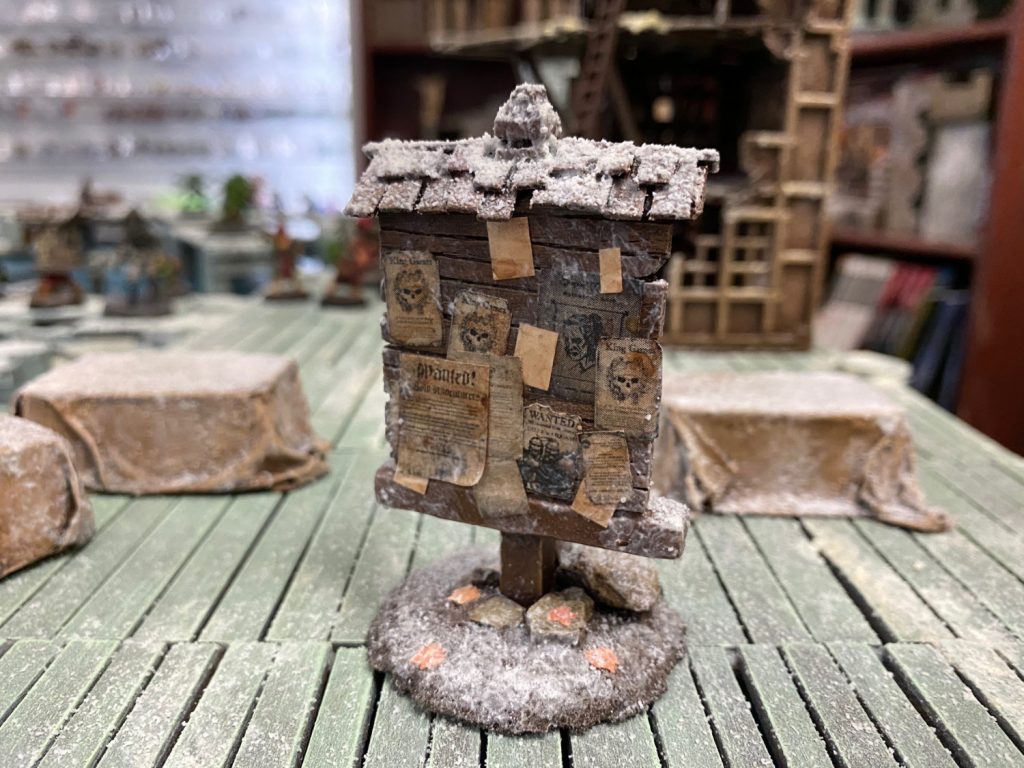 Frostbrine Notice Board
Notice Boards can be found in many of the populated districts of Frostbrine. They are used to help find new 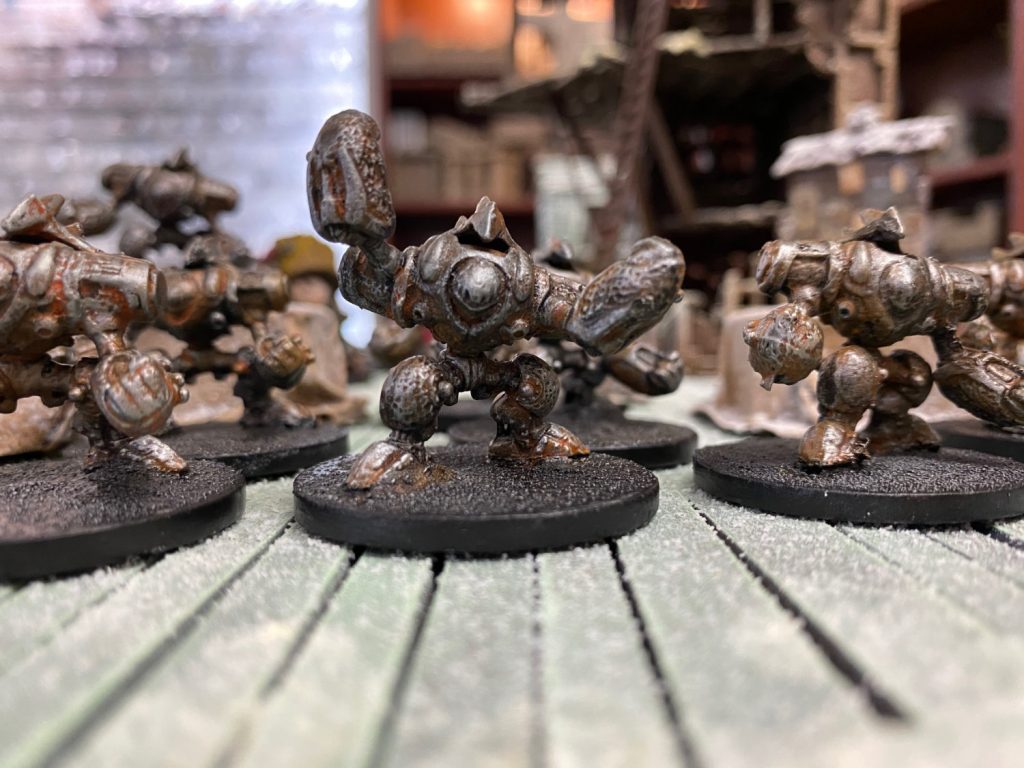 Dock Mechans
These mechanical beings have low intellect, but they always do a day's labor for an evening's bottle of volt-juice. They 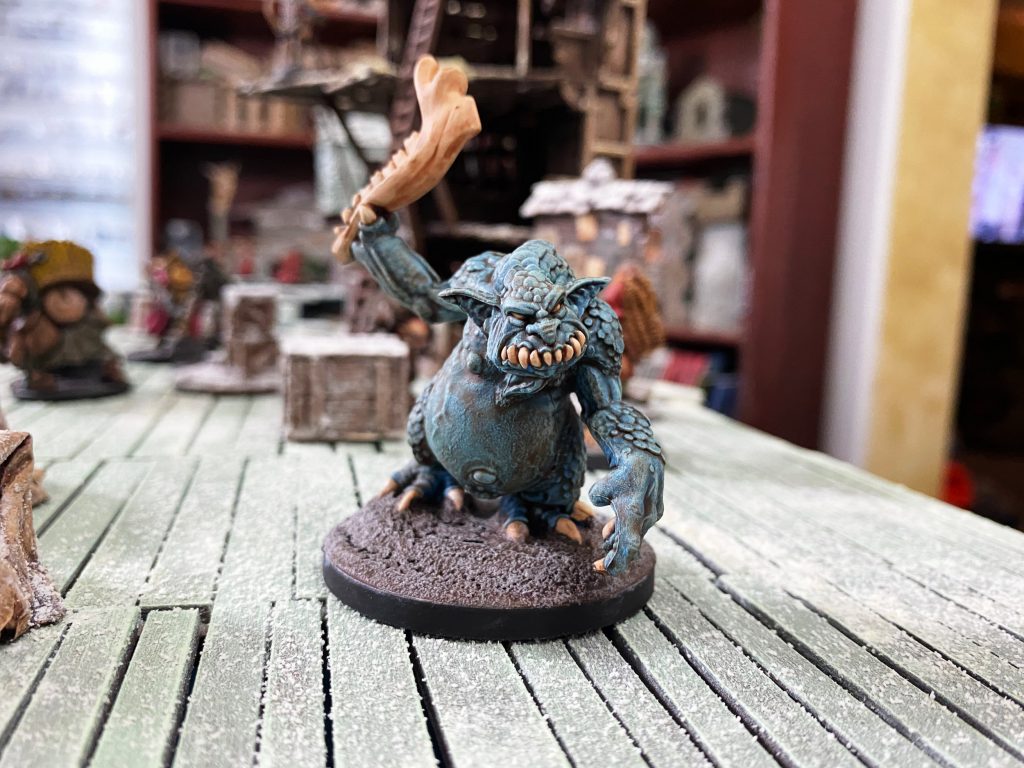 Frostbrine Ice Troll
Ice Trolls crawl up on the docks and ruins of Frostbrine all the time, and any explorer worth their salt 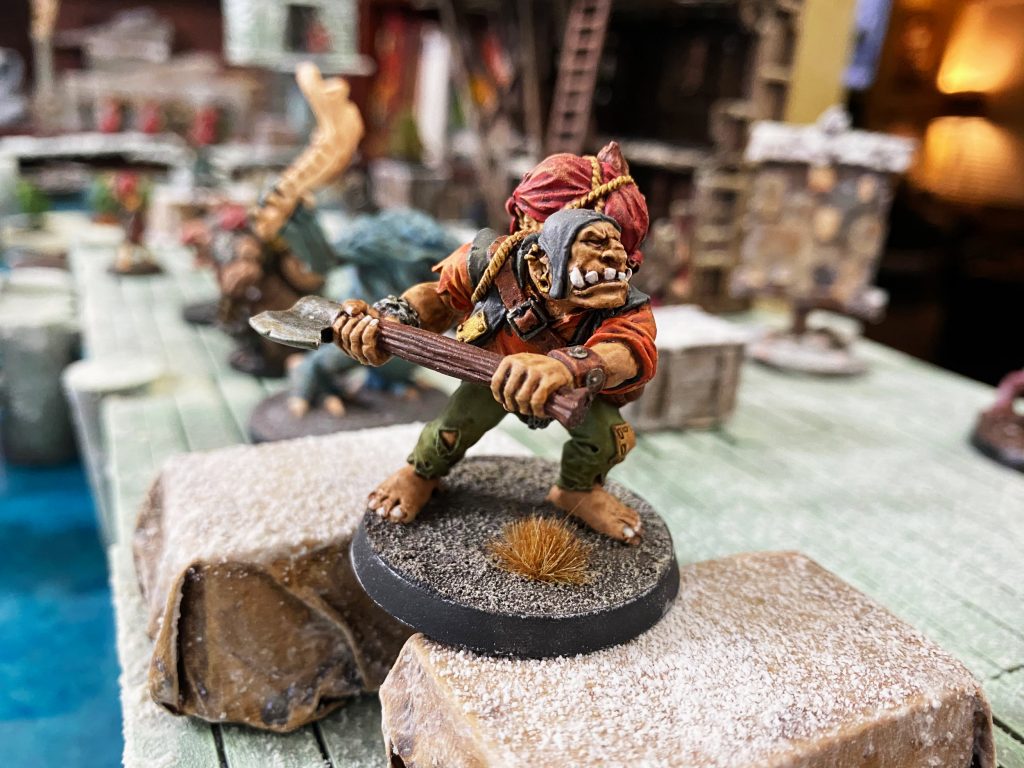 Frostbrine Pack Ogre
In Frostbrine, Pack Ogres can be hired to haul all of the food and supplies that you might require on 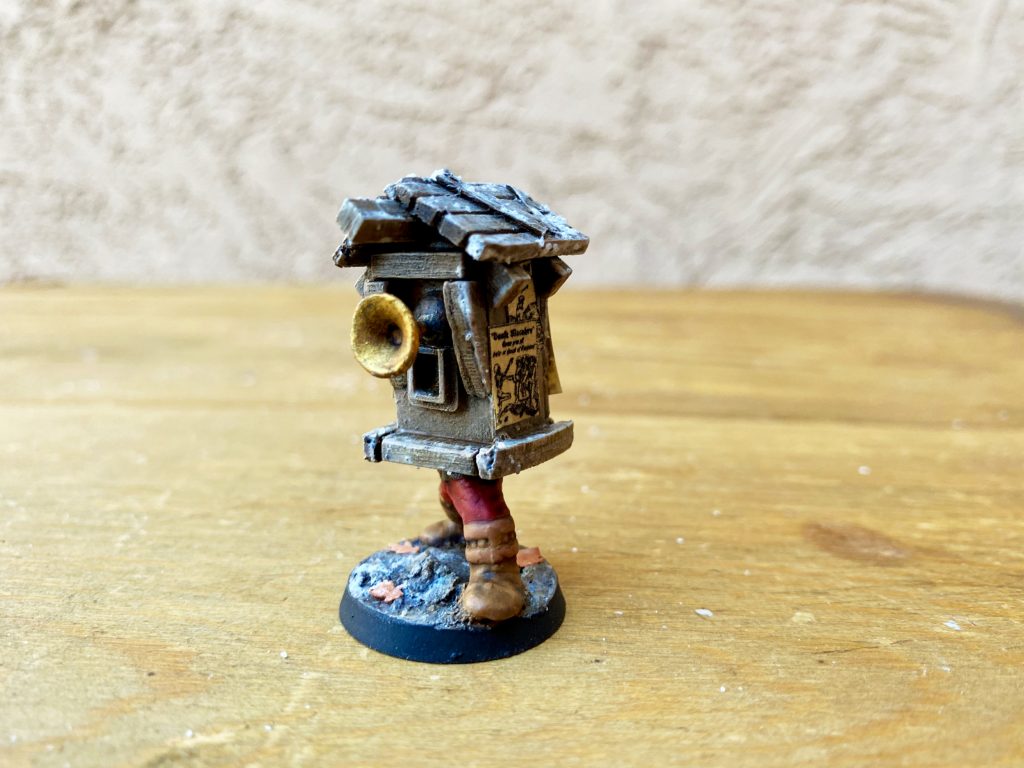 Convict Herald
Prisoners are utilized to spread the news across the docks, ruins, and townships of Frostbrine. They are bolted into little 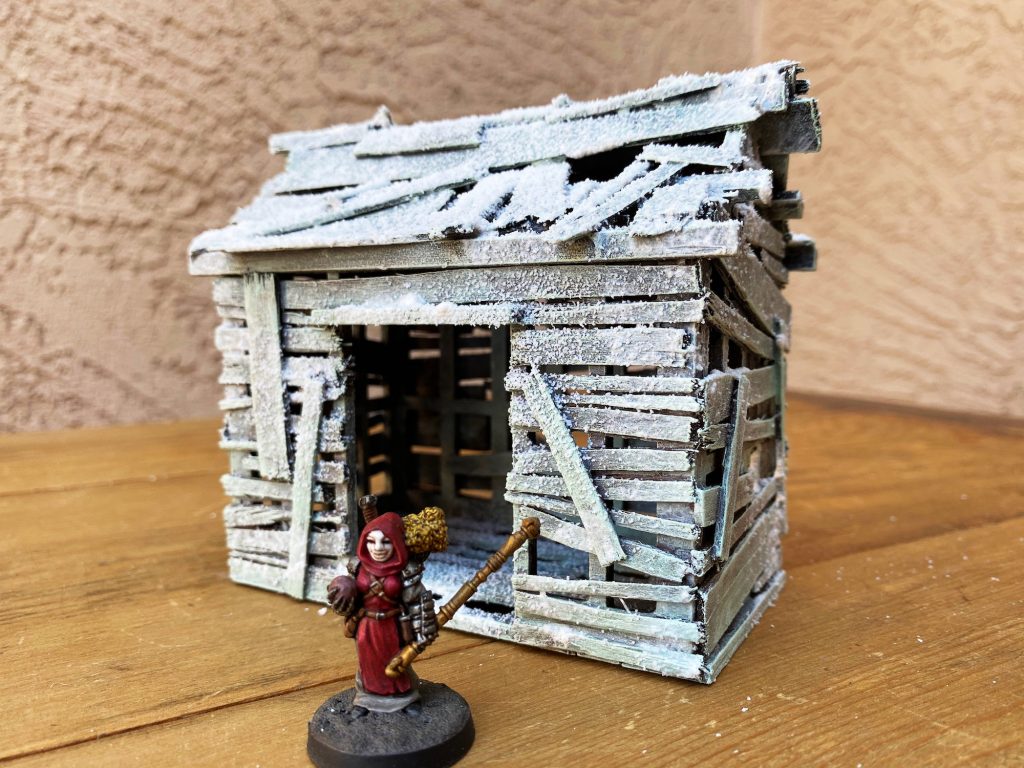 Sellsword Shack
In Frostbrine, mercenaries know that the next job is just another day or two away. Sorcerers from the Cities beyond 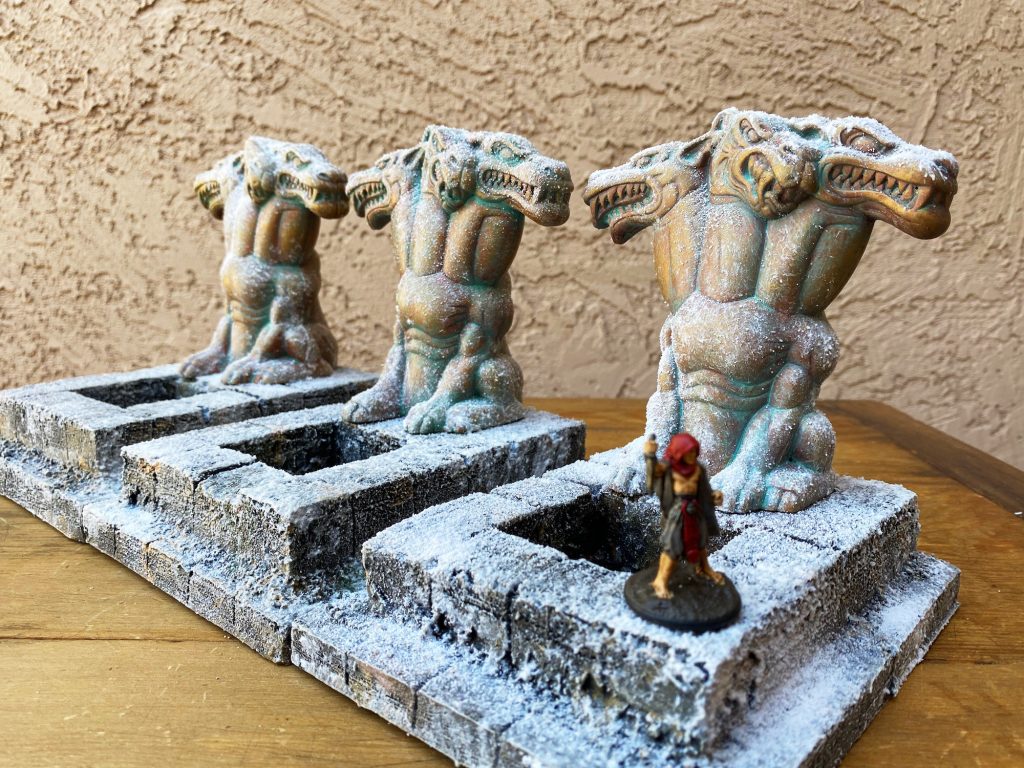 Cirbir Shrines
The shrines to Cirbir ("sir-bur") the three headed hound god, can be found in many of the older parts of
1 2 Next »