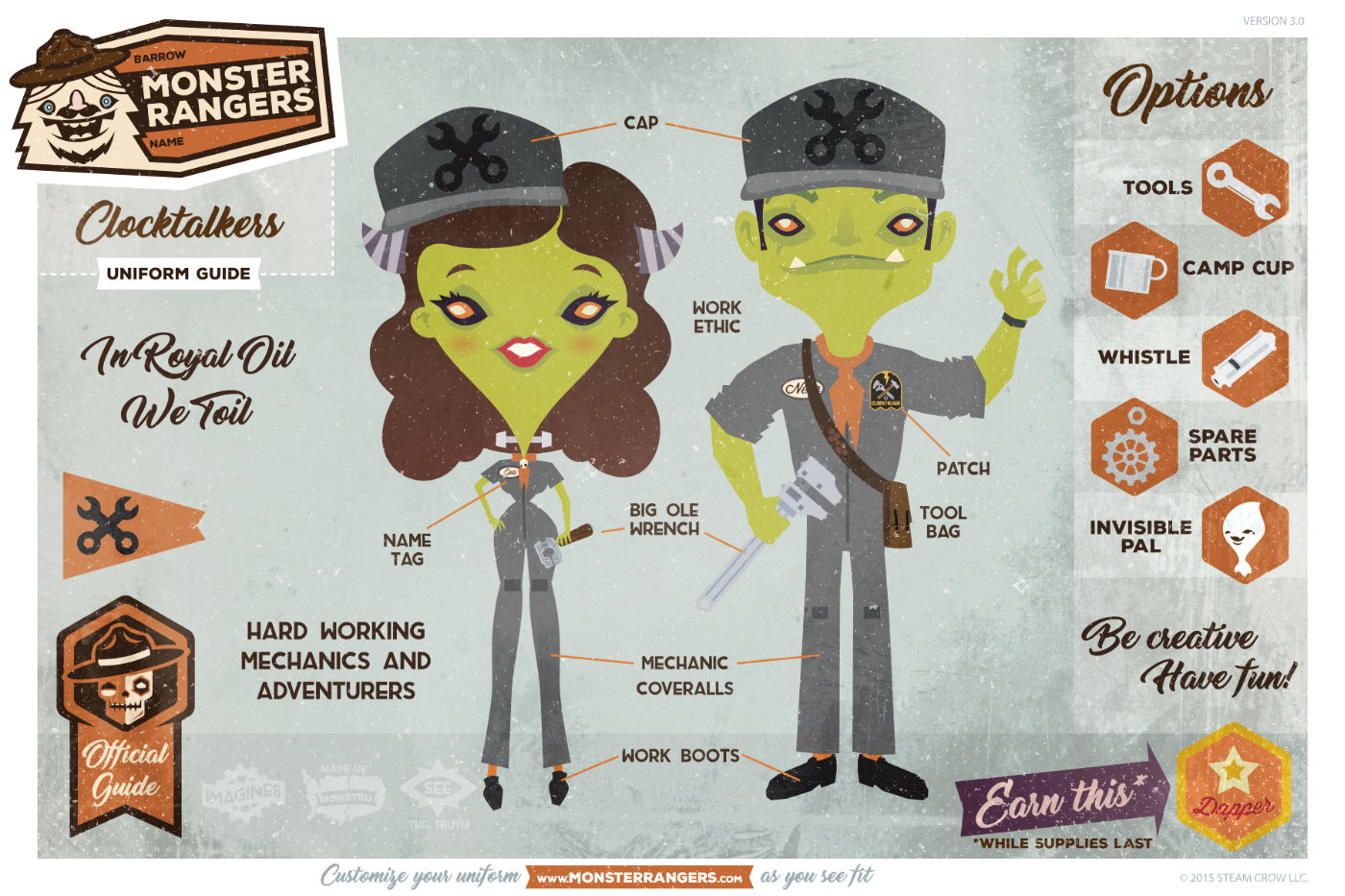 Clocktalkers are the oily-fingered mechanics of the Monster Rangers; they maintain and repair Scare Force Biplanes, crawl through the boilers of Sea Ranger Vessels, and keep mechanical creatures such as the Automats in good health.

They have invented a kind of energy called “Dynama” which they utilize to power some of their mechanical constructs and devices.

Motto: “In Royal Oil We Toil”.