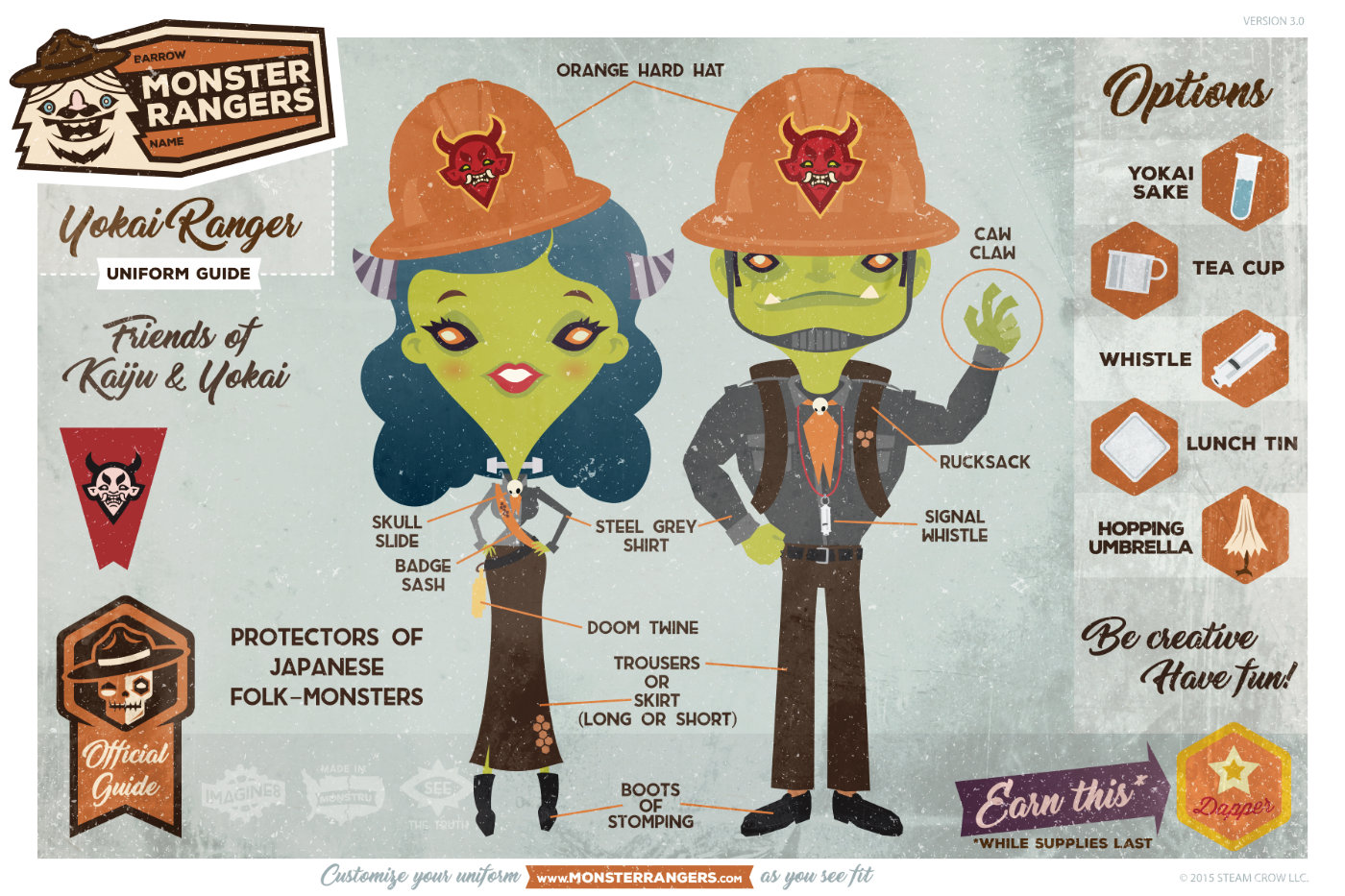 The Yokai Rangers are very specialized in the lore of the Yokai, the traditional spirit creatures of Japan, along with the Kaiju, gigantic monsters who sometimes destroy cities. It is a vast field, as there are thousands of different regional Yokai across Japan, and requires specialization. (In our bastardization, “Kaiju” is implied in any mention of “Yokai”.)

The Yokes were started in 1909 when Baron Davis visited Osaka, Japan, on an international exchange trip. The group caught on, and within a year there were 5000 Yokai Rangers in Japan.

These Rangers brew a very special alcohol called “Yokai Sake.” It is sought out by Monster Medics and Rangers.

Here’s the hard hat that I based the uniform guide on, which is at a pretty good price. If you get it through this link (click the image) you’ll earn us a small Amazon affiliate credit. (At no cost to you.)

These are official Monster Ranger products, from Steam Crow: