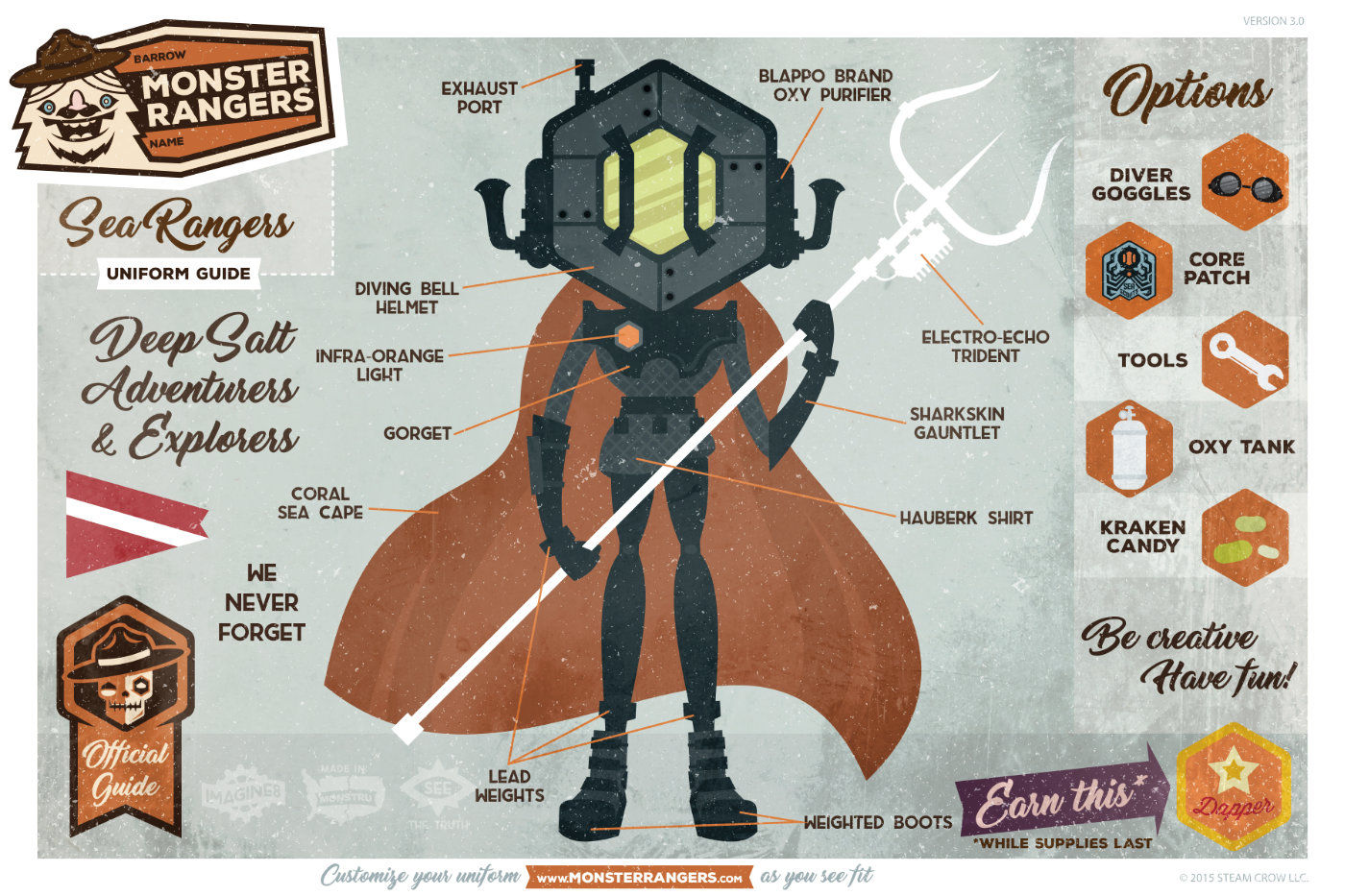 The Sea Rangers bravely patrol the oceans of the world, both above and below. These brave men, women, and monsters take their role very seriously, as they are responsible for 2/3 of the earth and they face many dangers in their travels.

The Sea Rangers are commanded by Admiral Elizabeth Kohr, aboard the RV Champion II.

In the early days of the Monster Rangers, Baron Davis sent over a dozen Underwater Scout Liaisons (USL) into the waters of the beaches of the Pacific Northwest. Their mission was to extend friendship, awareness, and make first contact with the mysterious and unknown monsters that live at the bottom of the sea and form communities around the underwater waste sewers of numerous candy factories and sunken boats.

The psychic telegrams were difficult to understand.

Boggarts. Merfolk, Bio-luminescent Nosferatu with transparent skin. Cracks in the bottom of the ocean floor that light poured from. The diver-Rangers swore they heard the sounds of an engine’s revving. The beak of a giant Metal Crow stuck in another crack.

Only a few Sea Rangers made it back and the brave souls lost are always remembered for their sacrifice in the name of the Monster Rangers Oath: To Believe, Study, and Protect our Monster Friends.