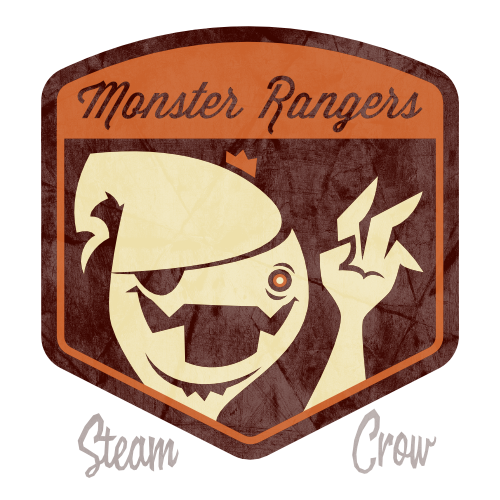 Here he comes. The ghost with the most. The king of the campground. The favorite haunt for both monsters and Rangers like. Your friend and mine, Booregard. This patch honors a spirit that has been at every Monstro camp and shindig since the beginning, whether he was seen or not.

There is but 1 level of the Camp Haunt Patch.

Most haunts don’t like camping, but some thrive out in nature.

The Camp Haunt Patch is worth 10 Glory points.

This patch symbolizes the Spirit of camping.

This is a common badge.

To fully earn the Camp Haunt Patch the Ranger must:

You don’t turn this in for credit; you simply log it into your personal Ranger Sketchbook – Ranger’s Honor!