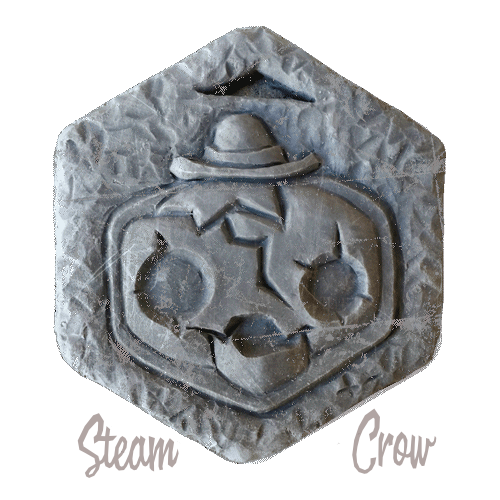 There are no “levels” of the Marrow Medal; they simply symbolize the highest honor of the Monster Rangers.

Marrow Medals are distributed Annually at the SHINDIG, the Monster Rangers meetup.

Our first year bringing the Marrow Medal back, here were the awards given out at the 2016 SHINDIG.

The cracked head of Marrow Thatch reminds us that even if we are touched by horrible bolts from the sky, we can see things that no one else can.

These awards are exceptionally rare, and should be worn with pride by the Monster Rangers who achieve them.