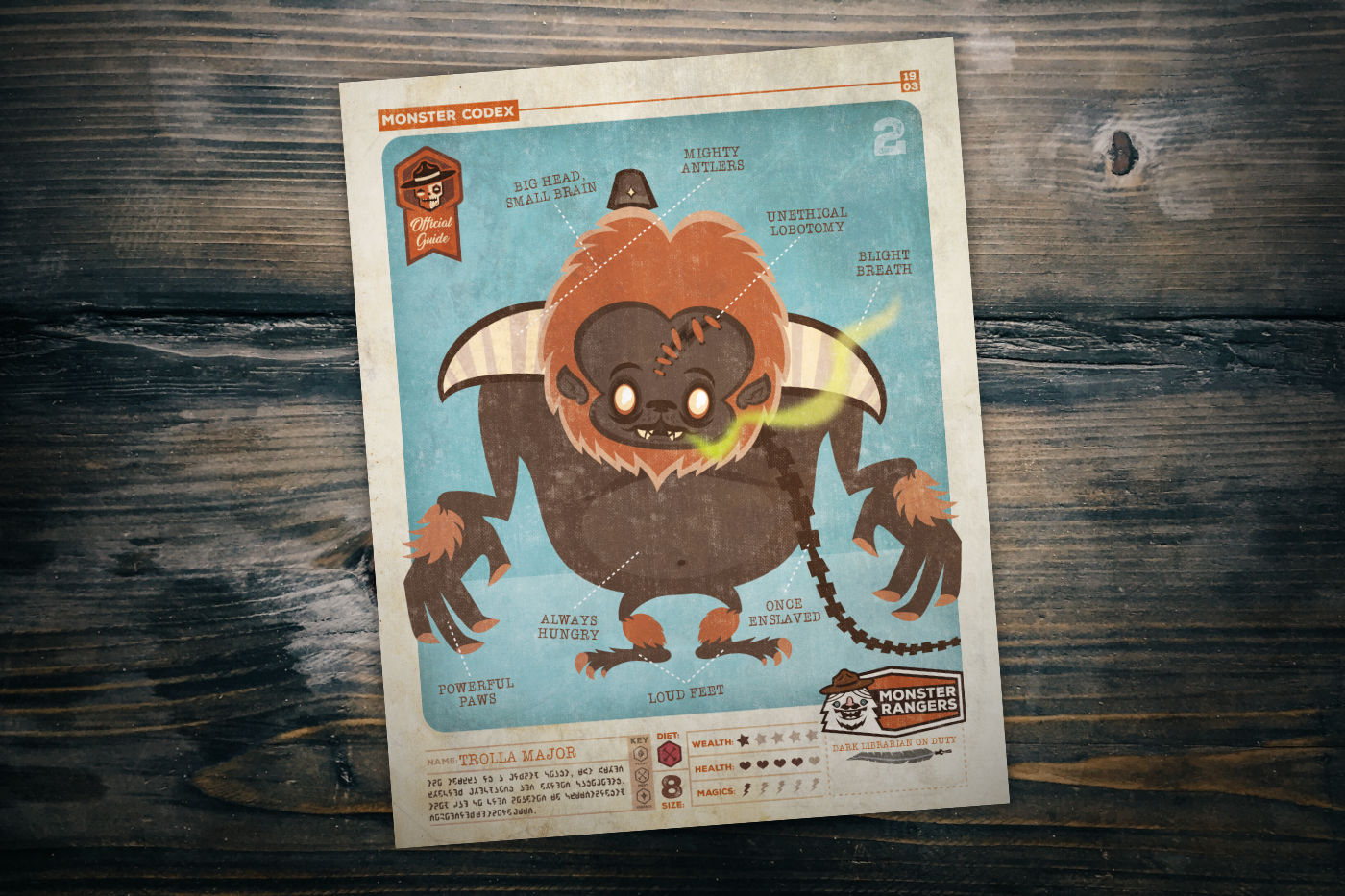 Trolla are an ancient race of hulking, bestial creatures who come from the rugged mountain lands. They are known for their bloodthirsty rage, and they have a tradition of eating other monsterfolk.

Trolla have large tusks, with huge clawed hands, big feet, and formidable strength. Mature trolls have a pair of horns that extend from either side of their shaggy heads, usually shiny black or brown in coloration. They usually wear little clothes besides leather straps, gloves, belts, chains and boots. The are the largest of the “civilized” monsterfolk.

Brikka “Banjo” – Traveling musician. Is the most famed throat-singing Troll Jazz artist around. His baritone howls can be heard for miles and echo for weeks at a time.

Huk – Carnie fist fighter. Has traveled through most of Obscuria and has never been defeated in the ring. His fists are wrapped in chains and secured with iron locks.