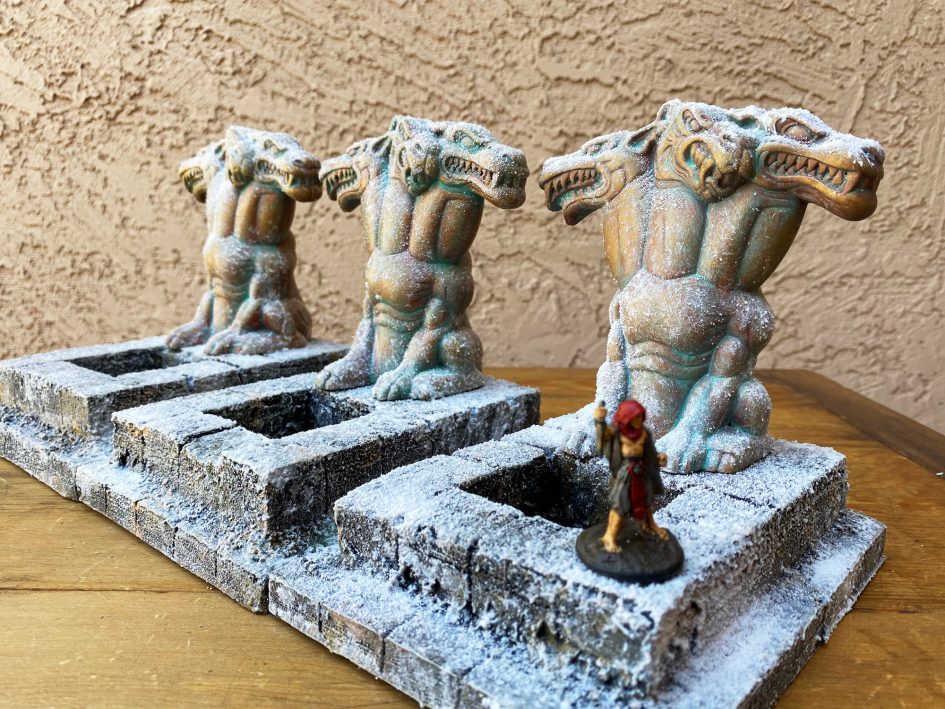 The shrines to Cirbir (“sir-bur”) the three headed hound god, can be found in many of the older parts of Frostbrine.

The idols are nearly all the same; immense brass statue of a hound with three heads, set upon a rectangular plinth, with a sacrificial pit sitting in the front.

Sometimes several Cirbir Shrines can be found together, either in a row, or facing one another.

Today, Cirbir Cultists have revived the once lost religion; while it’s unknown how much of actual faith they truly understand, they have revived the tradition of kidnapping and sacrifice. One should be cautious examining the statues as the cultists are often hiding nearby.

The statues were made from McDonald’s Hercules toys. When I saw the sculpt (before I’d even seen the movie) I started to collect them. There was something about the sculpt that felt a little art deco to me, and very cool.

It wasn’t until many years later that I decided to make gaming terrain out of them.