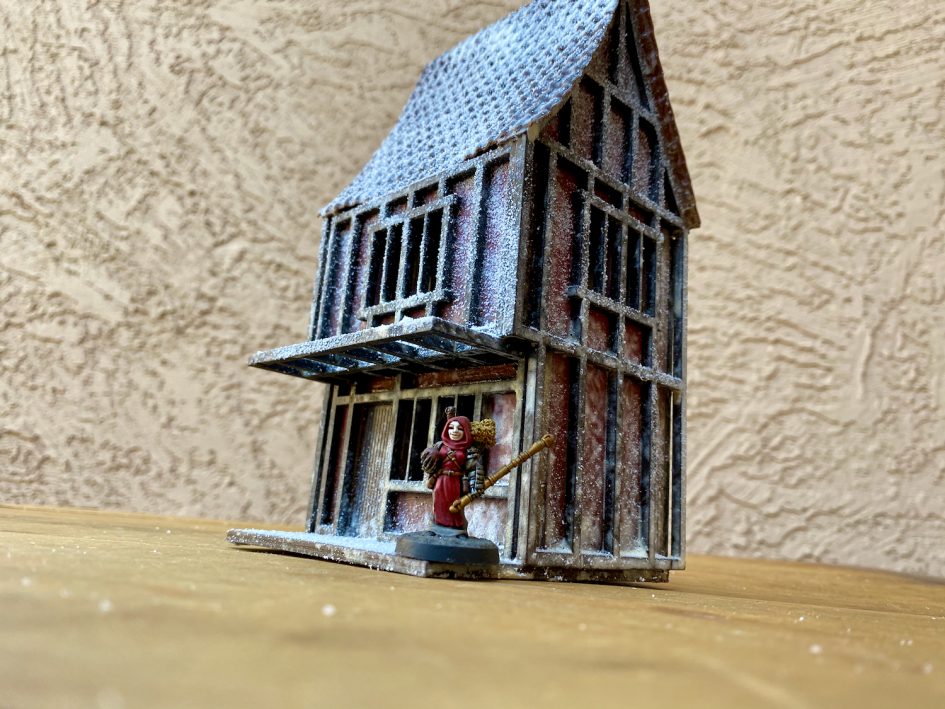 The Lost Unicorn Pub is one of the most popular locations in the 1st District of Frostbrine, where one can hire (corrupt) Knights for their warbands.

These once honorable men and women have mostly lost their prior convictions for honor and now work for one thing; gold.

Newcomers to Frostbrine often believe that hiring “a knight” is the best way to go because they can trust their new retainer; this could not be further from the truth. The people that frequent the Lost Unicorn are amongst the worst in all of Frostbrine; we would not suggest it for anyone.

The Lost Unicorn Pub is so popular because the owner, Shuny Slatt, was smart enough to hire a dozen sign-striders who carry around big wooden horse signs to advertise the pub. They are also known to deal drugs, in particular, “Frostbloom” which like anything else, is perfectly legal in the ‘Brine.

The Lost Unicorn’s has no sign (just the sign-hustlers), so most locals don’t really even know it’s real name.

This is a laser cut building, made out of 1/8th inch plywood on my Glowforge. It’s very strong and can be handled without much worry. (The goal of all of my terrain.)

It had a removable back panel, but I didn’t feel like it was necessary, and glued it into place when I added “frost” to the paint job.