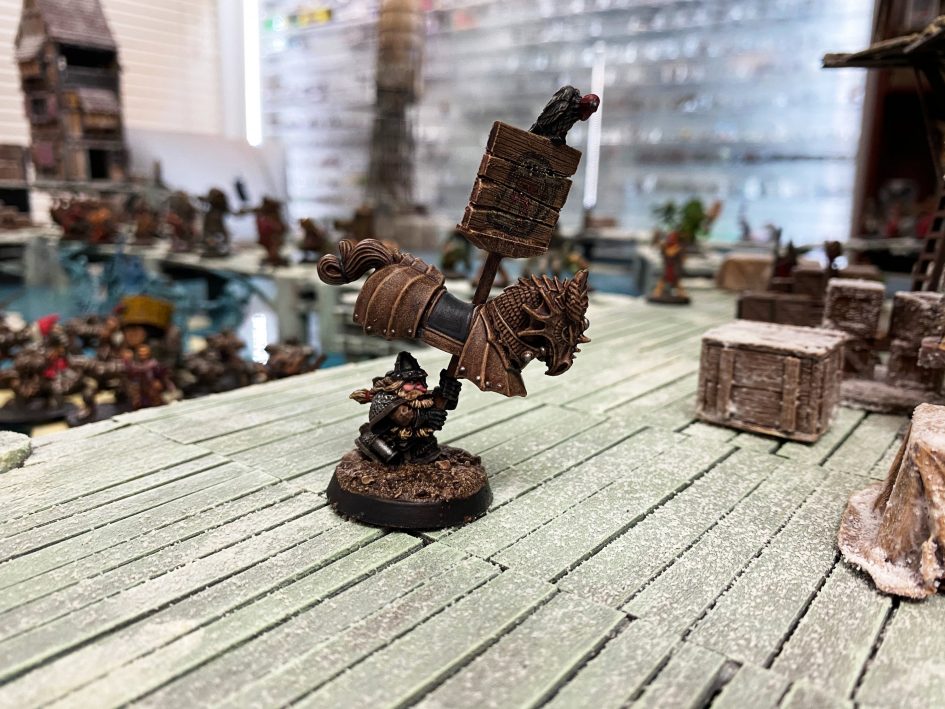 The Lost Unicorn Pub, a fixture in the 1st District of Frostbrine, is popular for exactly one reason; the owner commissions a dozen “sign striders” to walk around the ‘Brine advertising the pub.

The best known Sign Strider is a dwarf known by the name of “Rolf Ginge”, as he’s survived the longest on the job. Rolf sweats a lot, and is very fragrant; it’s believed that undead loathe his smell, which has allowed him to sell his own branded “Rolf Water” for others hoping to avoid entanglements with zombies, skeletons and ghosts. (There is no proof that it works.)

Rolf is especially good as a Strider since as a dwarf he has a lot of strength; most manlings do poorly at it, and quit after a day or two. Rolf is also a Frostbloom dealer, making decent money selling the drug on the side.

Sign Striders are paid in free Darkbrew at any of the pub’s locations, as well as free room and board. (The job is tough, after all, carrying that dumb big horse all around town.)

I had some old Citadel High Elf plastic horses, so I took one and cut off the legs with a Dremel. Then I found a Warhammer Dwarf standard bearer and used that as the sign holder.

I tried to keep it looking like wood, so I just painted the horse with browns and then a Army Painter Strong Tone wash, and then more drybrushing.